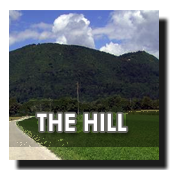 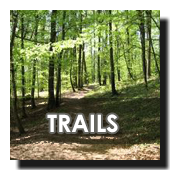 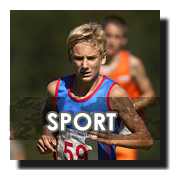 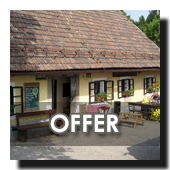 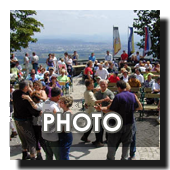 Šmarna gora – we all now it, we have been up there so many times.
We walked, we ran, as much as we could, maybe we even conquered this 360 metres high hill, named gora (mountain), by bikes. Finally we have secretly all sweaty and gasping peeped at our watches – 20 minutes – a bit more or less it showed to the majority and no matter which trail we took to the top. And then a 'racer' passed us by – he runs, and we cannot even walk decently, and he runs with ease. Where the hell has he got the energy, the forces of gravity apparently do not apply to him? And those racers, mountain runners say they come from the foot of the mountain in Tacen up to the top, to the lime of Šmarna gora in only 12 minutes! The watch on the winter race "The Record of Šmarna gora" proves it. It's a fact.

What about mountain bikers?

Can they compete with them?

On the same track that leads from Tacen directly up, of course, not. It's too steep and there are too many roots. The road to Zavrh will be the first, here the slope is just about right and the plain over the meadow under Grmada somehow annuls the advantage the runner gets on the slope. The start will be at the crossroads in Zavrh, the finish under the inn. Of course, at the top we pass the childen's playground. So we came to the idea for a race that we named the Challenge of Šmarna gora.

The CHALLENGE gives an answer to the question who will be let by the slopes of Šmarna gora to come to the top first – the biker having the aid of some 10 kg of carbon technique or the runner who barehandedly fights the force of gravity. Of course, on such a quick race with a track so narrow there is no place for everybody who would like to take part. The race is reserved for really the best Slovene mountain runners and bikers, for some boys and also girls. All the others are invited to stand in the crowd and cheer. After all, you can't experience such a dual every day!

In summer 2001 there was the first challenge. The runners threw down the gauntlet to the bikers. The times on trainings were forecasting indignant fight and the results were uncertain. The majority put their bets on the runners, but the experts were cautious. The weather forecast was announcing a fair fight – wet grounds should trouble the bikers more than the runners and then – 15 minutes before the start the rain started pouring and poured till the last competitor crossed the finish line.
The results were here: The runners were faster.

But the time does not tell all that was happening in those 12 minutes. In the end of the first steep part, this is were the Kovač's trail joins the road to Gora which is somewhere in the middle of the track, the competitors were even. Of course, on the plain that is next the biker took advantage and got some 25 seconds of advantage. Being sure of his win, he was defeated by a runner at the bell just below the top on the hardest part. In the next years three more CHALLENGES were organised. We have learned that only a truly top mountain biker as in these years was Jure Golčer could compete with runners. Among women the runners always beat the bikers. This is what the watch said – on the track there were many twists and turns and a lot of tactic and technical knowledge necessary to reach the first place. After four years the organisers lost their enthusiasm – or better financial ability necessary to continue the tradition that was by no means interesting. The generation of runners and bikers of that time showed the possibilities that Gora offers to them. Soon after the Challenges Šmarna gora got running water and from then on the road to Gora, especially the upper half got much better which now gives quite a lot of advantage to bikers. Maybe there is time for a new Challenge.